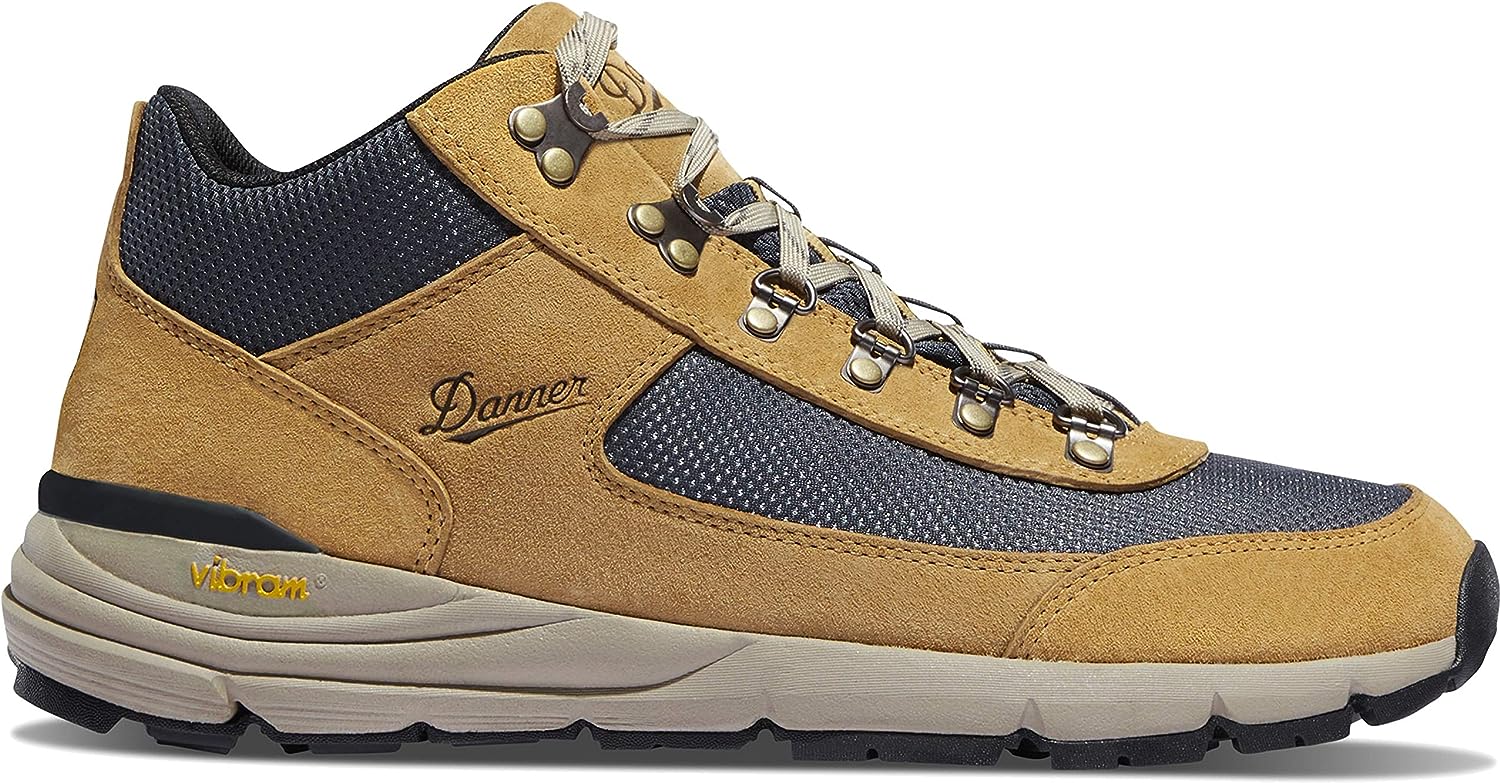 STAY COOL WHEN THE TRAIL HEATS UP

Lightweight, breathable and comfortable were the goals when it came to developing the South Rim 600. Named for the warmest side of the Grand Canyon, the South Rim features a mesh and suede upper to breathe well on the hottest of days. Cool feet is only a portion of a good warm-weather boot, so we utilized the ultra cushy Vibram SPE midsole for energy rebound and Fuga outsole for traction. This combination provides all-day comfort and maximum grip for this versatile summer boot.

The South Rim balances lightweight breathability with Danner durability by combining brushed suede and strategically placed abrasion-resistant mesh paneling. Inside the boot is an air mesh liner that adds even more air circulation.

SUPERIOR GRIP NO MATTER THE TERRAIN

Grip and the confidence you'll have it when you need it are a must in any boot built for the outdoors. When it comes to engineering the perfect outsole for hiking, we turn to the experts at Vibram. The South Rim uses Vibram's Fuga outsole with specially formulated Megagrip rubber compound. Renowned for its superior traction on both wet and dry surfaces, the Fuga outsole also has self adapting lugs that form and grip to changing terrain.

At the core of our South Rim boots is the Vibram SPE midsole. Developed with our partners at Vibram, this midsole uses a rubberized EVA material that is two times more resilient than traditional EVA and less susceptible to breaking down. With enhanced energy rebound, you'll have less foot fatigue and more energy for whatever challenges the trail brings.

Thomas Wheatley - November 18, 2021
"I discovered that Atlanta had all of these hidden forests and pockets of nature—over 90 hidden forests that were all a short drive from my house. I started compiling them into a book, Hiking Atlanta’s Hidden Forests: Intown and Out."
azuza Reflective Dog Collar and Leash Set, Padded Collar with Ma